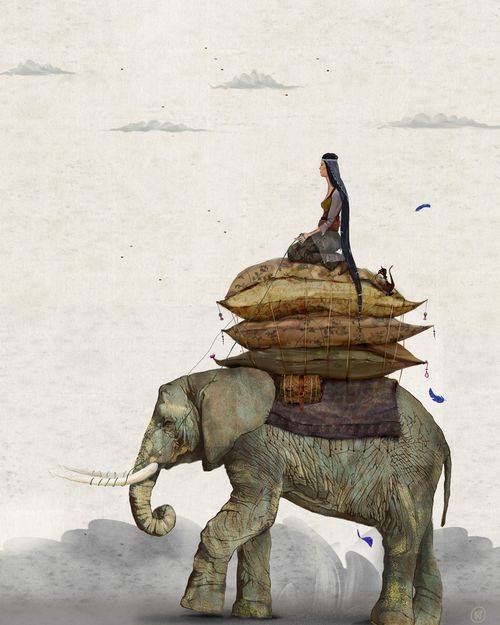 I believe that we all have the possibility to contain at one time or another any of the living materials in or on our earth. Plants, minerals, animals, bacteria, the planet has such rich diversity and we are an intrinsic part of that fabric. We are nature and as such we can’t really be separated from it without consequences to our bodies and our health.

In the last couple of years within my practice of natural medicine the core group of remedies that have been strongly making themselves heard are the animal remedies. They have been coming through thick and fast, it seems the animal part of many people is very, very out of balance. Our instinctual nature, the piece of us that connects to the environment in a natural and easy way, is being severed. We must reconnect it.

The way I prescribe remedies is like this, I meet the patient where they are in the moment they arrive. I take a mental snapshot of them at the beginning of the first session so I have a marker to measure by as the treatment progresses. Then I listen. Deep listening because I need to hear their vital force and their Soul.

Quite often the soul is not fully embodied so I also have a search light that scans and looks for it because the soul contains the whole person, their life path, their passions, their wishes and dreams. That’s another blog, I ll come more onto that another time!

As I listen and make notes (I only write the patients own words, this is super important) and guide a bit, a clear picture comes through from the patient. A feeling and a vibration come to my mind. Sometimes I know which remedy it is and other times I see it as a word and I have to go away, look it up, study it and either order it or make it. I take all the information the patient gives and do an analysis with my technical books to decide on the exact remedy for the person. I will measure other remedies against my image of them and unless the remedy feels like a complete fit it is not the right one. I am not happy unless I get a feeling of the exact match!

I was trained very thoroughly as a classical homeopath where the emphasis was very much on practical analysis, medical science, material medica and homeopathic philosophy. There was less focus on the use of the intuitive and instinctive function. So, my interest over the years on a personal as well as professional level has been to integrate the two methods and I cannot impress enough how important a part the intuitive function plays.

That’s it in a small nutshell. My point here is that in the last couple of years, I have seen a lot of animal remedy cases and I have even tried to NOT prescribe animal remedies by doing extra analysis to double check I am correct but both the books and my instinct do point me to the animal realm frequently.

I had a case a couple of years ago, a young man in his early thirties who was suffering from social anxiety. His friend brought him along because he was too nervous to come on his own. He wasn’t functioning well in life, wasn’t eating properly and taking care of himself and I listened to him and coaxed him to talk with odd questions, he revealed he felt a deep rage and anger quite often and had no idea how to handle it. He was smoking a lot of cannabis in an effort to remain calm but avoided social situations, lived on his own and was very tight and tense and had no idea of where he really belonged or indeed any sense of his ‘tribe’.

It is with my patients permission that I share some of his own words here about how he felt before the remedy.

“I’m angry, it’s a seething rage and it just blows then I’m shouting and unreasonable, fuzzy and cloudy in my head. I grit my teeth, my fists clench and I feel wound up, beating the wall, seething. I wish I wasn’t me. I smash objects when I’m angry, I’ve destroyed vehicles and it takes ages to calm me down… I lost it and went mental, bellowed at her and bellowed at her again…injustice angers me, I’m enraged”

“I had this recurring dream where I was running along and pushing against and moving these large, oblong, fat, textured obstacles like large stone pillars. They feel like a barcode of fat and thin, a feeling like pins and needles and I wake up with my arms numb. Pins and needles in my mind.”

This dream makes me think of young male elephants head butting each other trunk to trunk, the trunks being the “barcodes.”

I prescribed him Lac Loxodonta Africanus which is elephant milk. I can’t write the entire materia medica for this remedy here but just to say there are themes such as violence, brutality, suffering, homeless and issues around food. The interesting thing about young male elephants is that they lead a very different life to the females. For the first few years their mothers care for them. As they grow older (sometimes they are allowed to stay in the herd for up to ten years) they grow more energetic, ramming and butting each other and causing havoc. At some point the male elephant goes off on his own, his solitude is sometimes relieved by spending time with other males in a small, temporary herd. Aside from this, time is spent eating and searching for females in estrus.

Once a year the mature male will go into musth which is a state of hormonal intoxication, the testosterone levels go up fifty fold and the behavior becomes dangerous and unpredictable. Luckily females are attracted to the musth male and when mating occurs, the whole family go wild with celebration around the couple (positive emotion is also a theme in this remedy.)

Sadly today, because of ivory poaching a lot of older elephants have died violently, painfully and unnecessarily. Elephants still band together but it is often in scattered groups that no longer have the family ties and are made up of disturbed and frightened animals. One of the most important functions of the elephant family is to teach these potentially dangerous youngsters how to manage their energy safely, how to behave properly and appropriately. If there is no matriarch and elder bull to guide with wisdom because they have been murdered, then the family herd loses its structure and the young males grow up with enormous strength and no knowledge of good boundaries.

Elephants have a timeless and ancient quality, they are renowned for having a long memory, they have to remember where the best water holes are, their digging with their tusks into the deepest water holes, brings life to other animals. Elephants are affectionate, family orientated and protect their young at all costs, in times of drought a mother will regurgitate water from her own stomach to cool her baby, they show us that by supporting and loving one another, our own ability in the physical world is enhanced. They encourage us to honour the elders of our community and nurture the young. Like the elephant, we need to help ease the transitions of those who are going into adulthood with gentle love, wisdom, patience and compassion.

My young friend took several doses in higher and higher potencies of elephant milk over several months, it was a joy to see him come into balance, begin socializing and feel comfortable with it. I asked him to cut down smoking cannabis while taking the remedy. It is useless to tell someone to just quit, absolutely no point, you need to work with the patient and help them adjust and remove their obstacles to cure at their own pace. I see him now and again for a check in appointment and he is definitely finding his correct place. One day a couple of months into the elephant milk treatment he called me…

Remember the saying, ‘An elephant never forgets’? This comes from observations that elephants follow the same paths and hand down genetic ancient memories of directions, places and burial grounds across generations. Each elephant clan has a certain burial place, like many human communities, and always help the dying ones get back there if they are not killed traumatically first.

I could see, with this case, a correlation between the destruction of the structure of the herd and the dissolution of our own human communities and cultures and disconnection from nature and the animal kingdoms. It is vital we remember, with the ancient memory of the elephant, our own true natures and our natural place in the ecosystem on this earth. 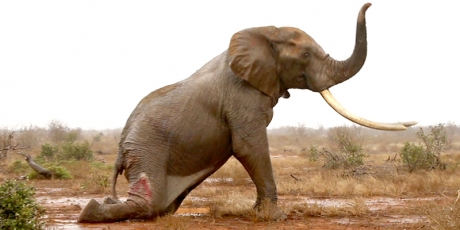 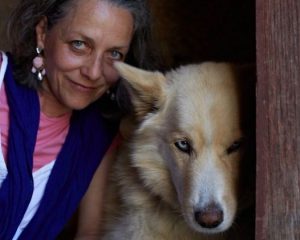